Rfn Paul Jacobs lost his sight while on patrol in Afghanistan in 2009, when he was hit by an improvised explosive device. For his bravery, during this attack, he was awarded the George Medal.
Paul has raised a lot of money for various charities, and now for his next challenge he wants to box in a white collar boxing fight not just blind, but he wants to fight an appointment with sight. He will be fighting Jason French a former Serjeant Major from his Battalion.

Please help us to raise money for Care for Casualties to help ex-serviceman from the Rifles to deal and live with the challenges that life puts their way. 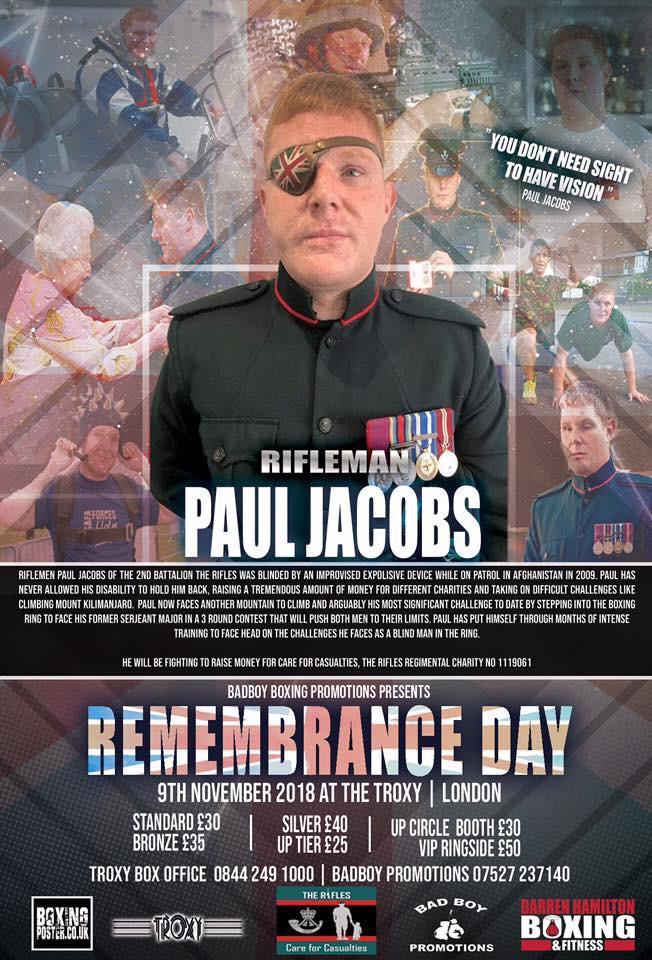