After a well-deserved summer leave and the Battalion Patrol Competition in Thetford, A Company 5 RIFLES temporarily hung up their field boots and took to the drill square in preparation for Ceremonial Duties in London. This was only the second time since formation in 2007 that The Rifles have mounted The Queen’s Guard at St. James’s Palace, Buckingham Palace, The Tower of London and Windsor Castle. Following three weeks of relentless square bashing and tailoring in Bulford and Woolwich, the Garrison Serjeant Major for London District praised A Company 5 RIFLES on their performance after a meticulous Fit for Role Inspection at Wellington Barracks. The word ‘excellent’ was used!

On 7th Oct 19, A Company 5 RIFLES marched onto the forecourt of Buckingham Palace for the first time to relieve No 7 Company Coldstream Guards, flanked by police and crowds amassed in their thousands. It was a fine sight to see Riflemen standing proudly outside the sentry boxes at the Royal Palaces, including escorting the Yeoman Warden during the Ceremony of the Keys at the Tower of London and parading on the courtyard at Windsor Castle. Families and friends watched and supported the Riflemen on parade and were able to celebrate their achievements with them on Families’ Day at The Union Jack Club, following an address by Officer Commanding A Company, Major Rob Fellows. The Company also had the privilege to be part of the State Opening of Parliament on 14 Oct 2019, turning out the Queen’s Guard on the forecourt of Buckingham Palace to provide a Royal Salute as HM The Queen left for the Houses of Parliament.

Between duties and drill practice, the Riflemen exploited the opportunity to explore London, travelling across the city on Boris bikes in questionable platoon formations. The Riflemen enjoyed visiting various museums and landmarks, to visiting Parliament and watching the World Championship Boxing at the O2 Arena (not so much the Rugby World Cup Final, however!). Riflemen particularly relished the “Urban Navigation Exercise” where a series of challenges were set at various locations across the city, such as reaching the highest altitude or having a photograph with a celebrity – one team managed to meet American actor Mark Wahlberg on set whilst taking a break from filming! Their proud role as Queen’s Guard gave them privileged access to behind the scenes tours of the Royal palaces.

In addition to our families, the company have been honoured to host various guests on the forecourt of Buckingham Palace and in St James’s Palace Officers’ Mess. This has included The Rifles’ Regimental Headquarters, Rifles Colonel London and South (and Commander 77th Brigade), Brigadier Dan Reeve MC, and various supporters of the Regiment. All the former COs joined the CO for Dinner in the mess. Our guests enjoyed dining with the Officers of the Queen’s Guard and learning about the various priceless artefacts present in the Mess, including Marengo’s hoof (Napoleon’s horse) and Queen Victoria’s pendant. The Officer’s also hosted the Warrant Officer’s and Serjeant’s Mess to celebrate the 165th anniversary of the Battle of Inkerman.

In all, it was a privilege and pleasure for A Coy to deliver this highly prestigious role on behalf of the Regiment. CO 5 RIFLES Lt Col Andrew Ridland remarked that “A Company have done the Battalion and Regiment proud and offered a once in a lifetime opportunity the Riflemen will never forget”. 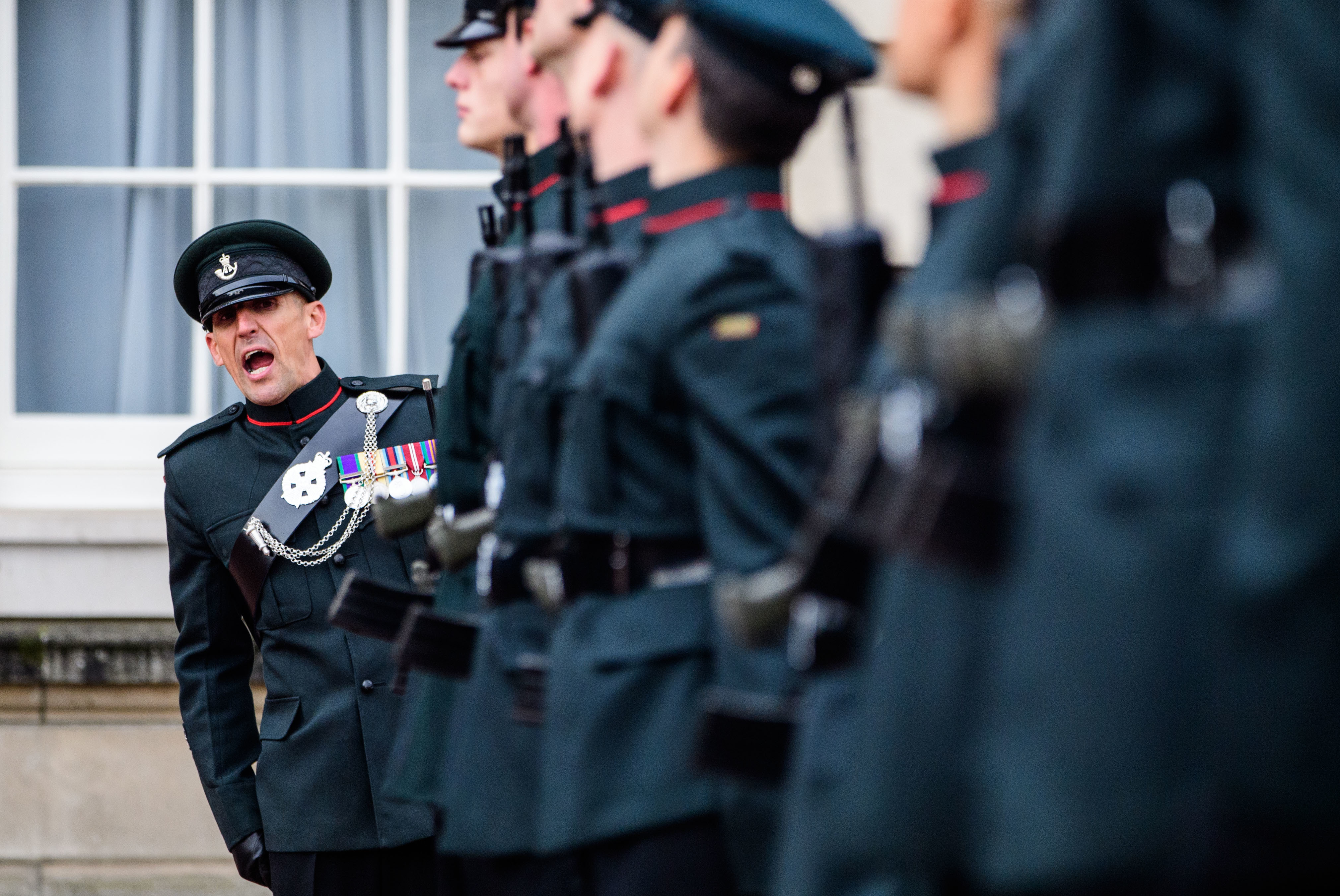 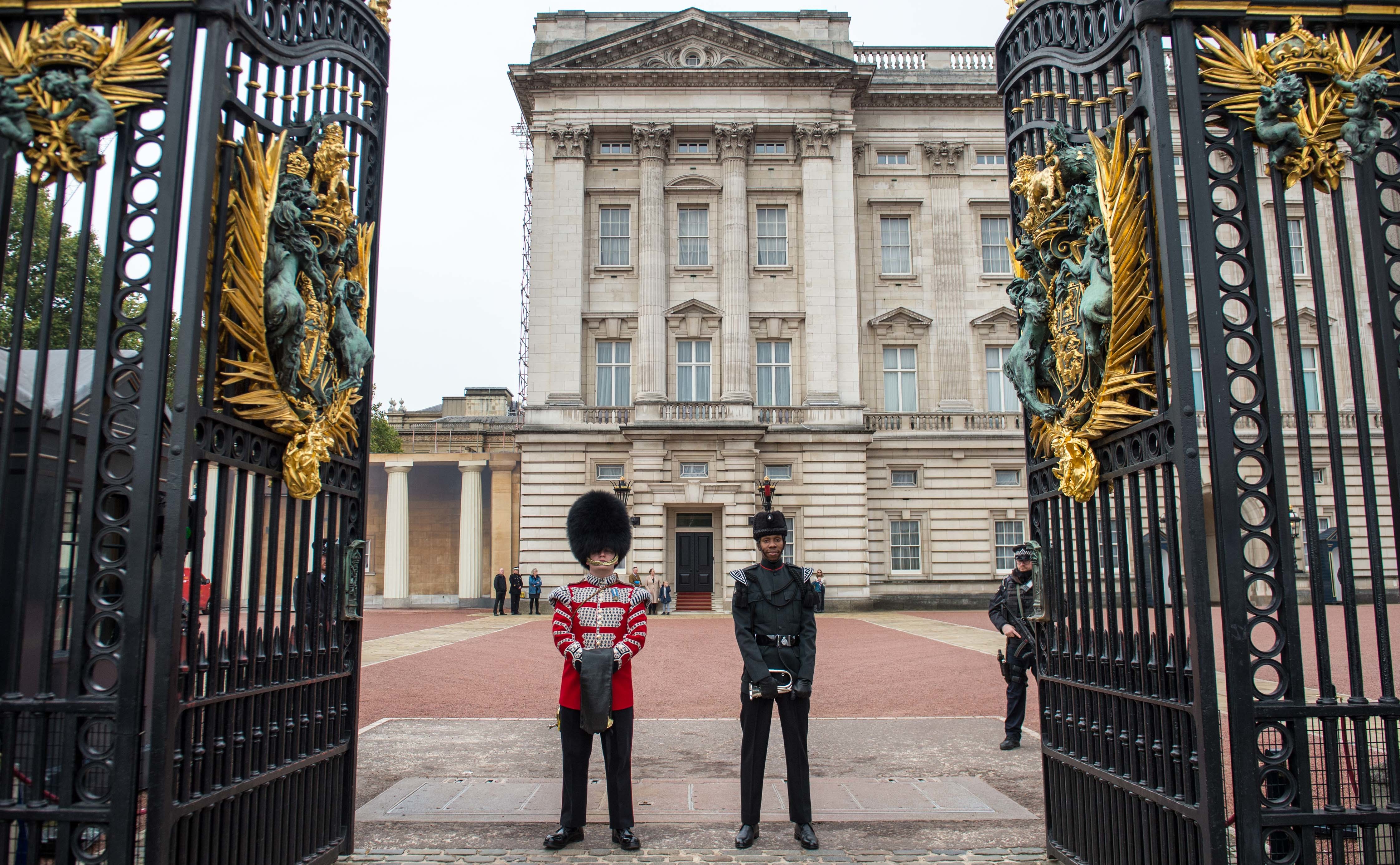