I applied for a gap year commission because I wanted a challenge that I believed other more typical gap years weren’t going to give me. I applied through the army website and after jumping through the medical hoops went on to AOSB Briefing and Main Board. After passing these I started at Sandhurst in early October on a professionally qualified officers commissioning course, this was due to a lack of numbers on the previous reserve course. This was an eleven-week course which started with the very basics and built up to a final exercise that was FOB based and saw us undertaking counter insurgency.

I started with 1stBattalion The Rifles in early January as a platoon commander with B company. The company had recently returned from Op SHADER so I was lucky to turn up at a slightly quieter time when we were just preparing to take over the role of UK standby battalion. This allowed me to get a good feel for life in a regular Rifles battalion which is a far cry from Sandhurst. For me, getting an authentic taste of life in a regular unit was one of the best parts of the year and whilst it did mean that times weren’t always as fun or as easy as they perhaps could have been, it made the experience more challenging and more rewarding, but this was exactly what I was looking for in the gap year commission.

The company then prepared to run the regiment’s JNCO cadre, meanwhile I went off to the Infantry Battle School for the reserve platoon commanders battle course. This is a two-week long course that sees reservists integrated into the regular course for a defensive and urban week. The course aims to give reservists an ability to operate better in both defensive and urban operations, as these are only loosely covered at Sandhurst. This was a really enjoyable course and was great preparation prior to going on Ex Mayan Warrior, it stepped up my field skills a huge deal and gave me a great introduction to the technical kit used by the infantry. Whilst the conditions on Sennybridge weren’t always favourable, getting to do some proper infanteering was exactly what I had hoped to do during my year. 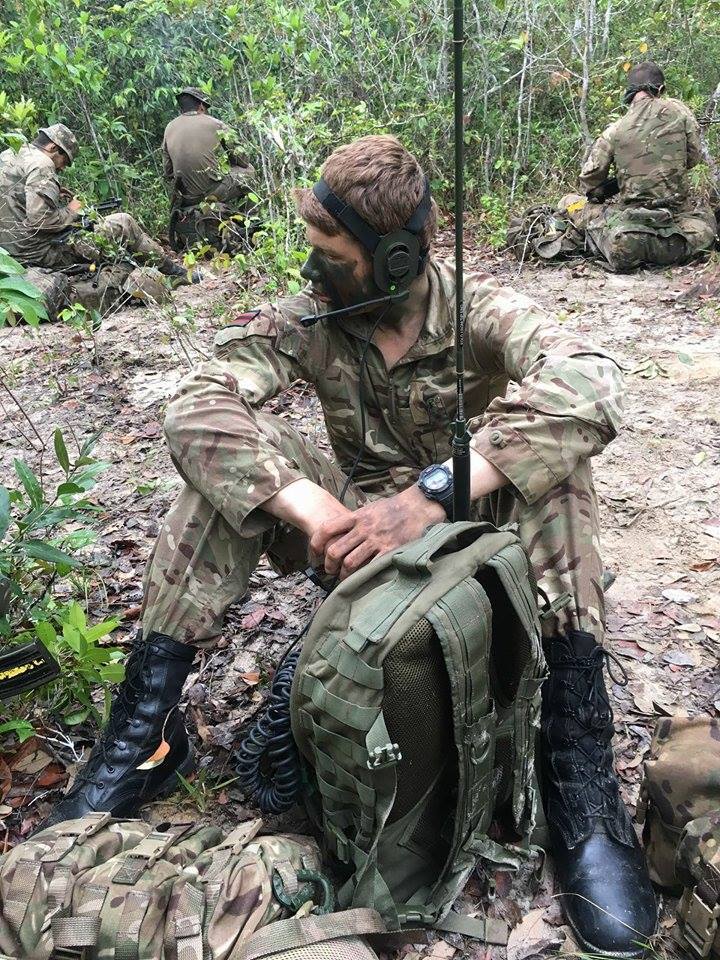 Ex Mayan Warrior was a company level exercise based out of the Belizean jungle, it saw four phases involving RSOI, LFTT and two test exercise phases. The exercise was invaluable for stepping up the low-level tactics and   Riflemen and junior commanders due to the fact that the jungle environment forces basic infantry skills to be heightened and pushed. Ex Mayan Warrior for me was the absolute highlight of my time spent with 1 RIFLES, while on exercise I shadowed another platoon commander as a radio operator but also got my own run out as a platoon commander – thus I was able to get comfortable with the role. I also found myself taking on the role of media officer which simply involved collating and getting footage of the exercise back to the UK. It was a great experience to go an overseas exercise and having to operate in very different conditions to what we are used to in the UK was extremely enjoyable as well as difficult at times. 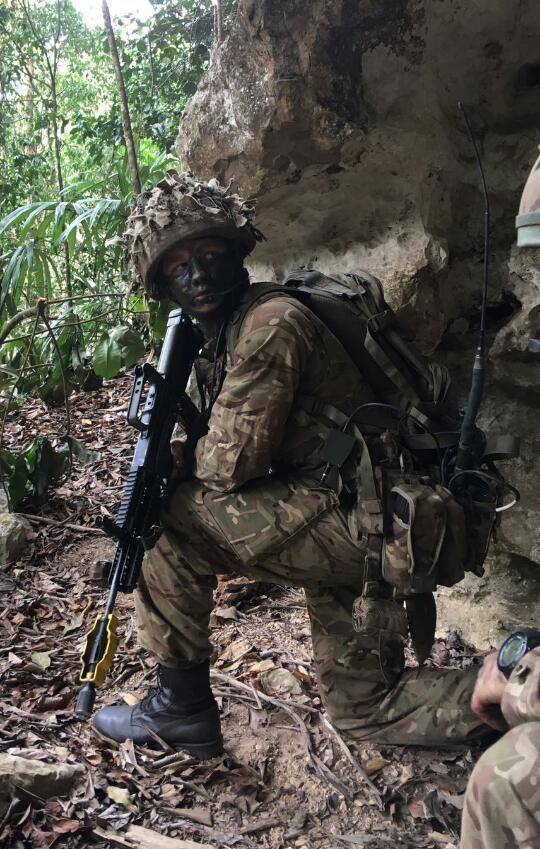 It was not your typical gap year and certainly wasn’t as relaxed as most gap years however I wouldn’t swap it for any other experience both in terms of sheer excitement and enjoyment but more so for how the leadership and command aspect of the year has developed me. To have done it all with the Rifles has been a huge privilege and has only strengthened my desire to commission as a regular officer with them in the future.