This year commemorates the 56th anniversary of the 2nd Green Jackets (2GJ) Battalion (King’s Royal Rifle Crops) deployment to British Guiana (now Guyana). On the 4 July 1963, 2GJ was given the order to move by air to British Guiana, 2GJ was the first ‘Spearhead’ Battalion to do so. The objective was to provide much needed support to the police, during a period of unrest. By account Rfn Alan Land had been in the country for just over a week when he died in Georgetown. His death was the result of a confrontation with two local policemen. The coroner's inquest found that the two policemen in question had used excessive force and were criminally responsible for his death. Rfn Alan Land, originally for East Ham, London was only 19-years-old. 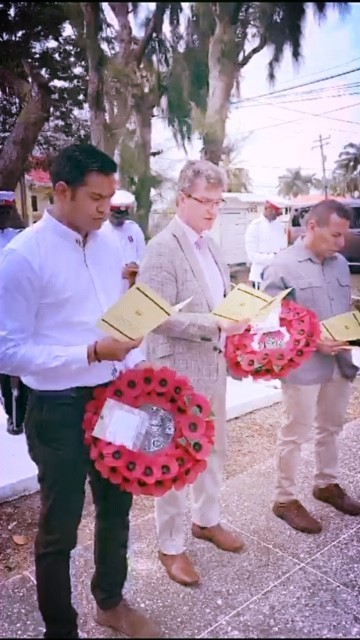 Rfn Land was buried soon after his passing as was the custom in British Guiana, due local laws which demand burial in less than 48 hours. As a result, none of his immediate family were present, something that would be unthinkable today. He was, however, given a full military burial with members of his platoon present, the escort commander was Peter Clarke and the funeral commander was Paddy Egan picture below. 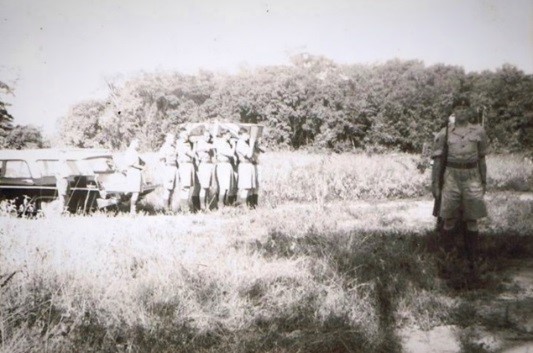 On the 15th Oct 2019 an act of remembrance was held at the Commonwealth War Graves, Eve Leary, Georgetown, Guyana in honour of Riflemen Alan Land. In attendance was British High Commissioner to Guyana and Non-Resident Ambassador to Suriname H.E Mr. Greg Quin, Col (Retd) Brian Chin (USMC), CSjt Glenrory Low and a Guard of Honour provided by the Guyana Police Force.

As a regiment that values our regimental history and contribution of our predecessors. This simple act of remembrance helps, to reinforce and maintain our strong regimental ties and shared ethos. In remembering, those riflemen who are buried on foreign soil. Below is an extract from a poem that was recited during the short service in memory of Alan, titled ‘the Soldier’.

“If I should die, think only this of me:

That there’s some corner of a foreign field

That is forever England. There shall be

In that rich earth a richer dust concealed;

A dust whom England bore, shaped, made aware,

Gave, once, her flowers to love, her ways to roam,

Washed by the rivers, blest by the suns of home….”

As a small token of appreciation, a KRRC journal was presented to H.E Mr Greg Quinn for taking an active interest and contributing his time and liaising with the Guyana Police Forces as a matter of protocol. 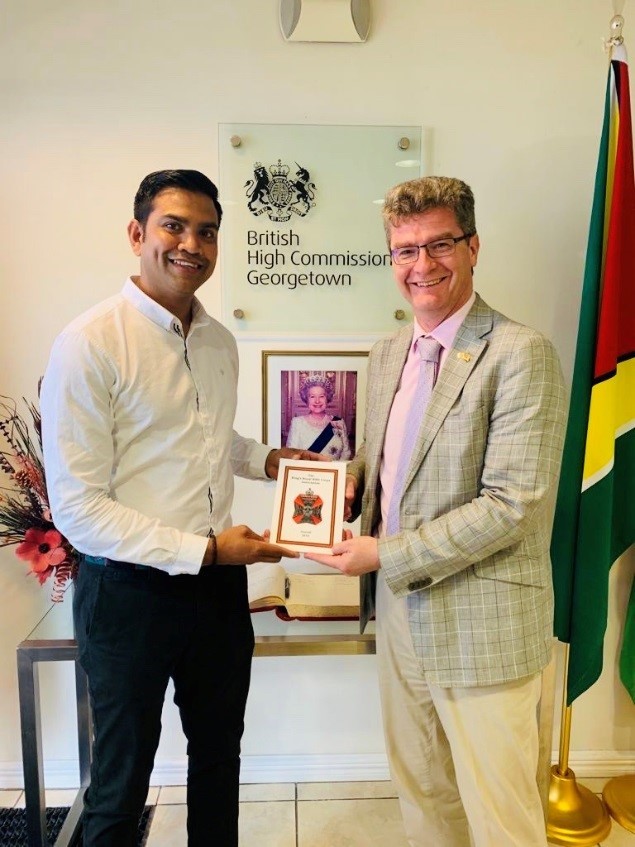 Editor notes: CSjt Glenrory Low was born in Georgetown, Guyana and in 2000 he left his homeland to join his parents in London and in 2001, he joined the 1st Royal Green Jackets now 2 Rifles.